Our Dreams Will Not Be Recruited 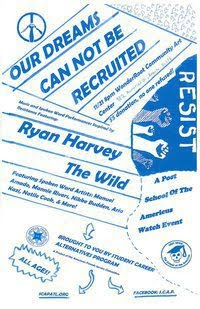 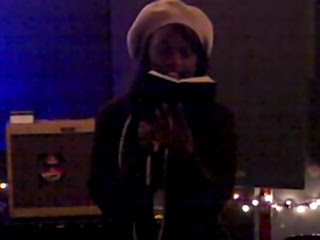 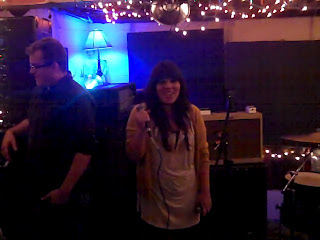 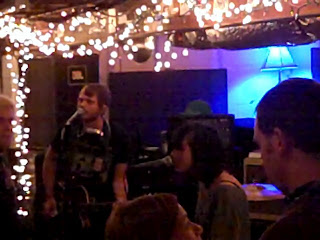 The Student Career Alternatives Program benefit concert was a real treat for all of us who weathered through arguably the busiest week in SCAP's history.

It was an evening of music and poetry inspired by resistance and I'm excited that we were able to get some good video from the event to share with ya'll!

The evening, which was emceed by SCAP's own Josie Figueroa, was kicked off by a few amazing spoken work performances by Mannie Rivers and Dejah Alt. I caught a pretty awesome recording of one of Mannies poems but sadly Dejah's audio didn't turn out well.

Ryan Harvey, who I've been a huge fan of for years, totally captivated the crowd with every song that he played. Ryan has a way of discussing complex political issues through his songs while remaining extremely engaging and entertaining. That is a really tough balance to achieve in my experience yet Ryan seems to do it pretty effortlessly. Take the time to check out the vids we shot.

After The Wild went on the whole room pretty much turned into a dance party. There was so much action in the room that the video was pretty much unusable, but another awesome energy filled performance by one of Atlanta's favorite folk punk bands.