From Atlanta to Ferguson and Back This past weekend American Friends Service Committee was excited to work with young people from #itsbiggerthan you to bring to van loads of young folks from Atlanta to Ferguson with the expressed purpose of doing work in the Ferguson community.

Once we got to Ferguson our weekend began with a really amazing breakfast organized by #blacklivesmatter. After hearing from a number of young local organizers we split up into groups based on what skills we each brought to the space. There was groups or youth organizers, healers, counselors, public policy experts, and more. The idea wasn't just to develop ideas and explore services that might be helpful to on the ground organizers in Ferguson, but to also really explore how to build in everyone's back yard once we all went home. 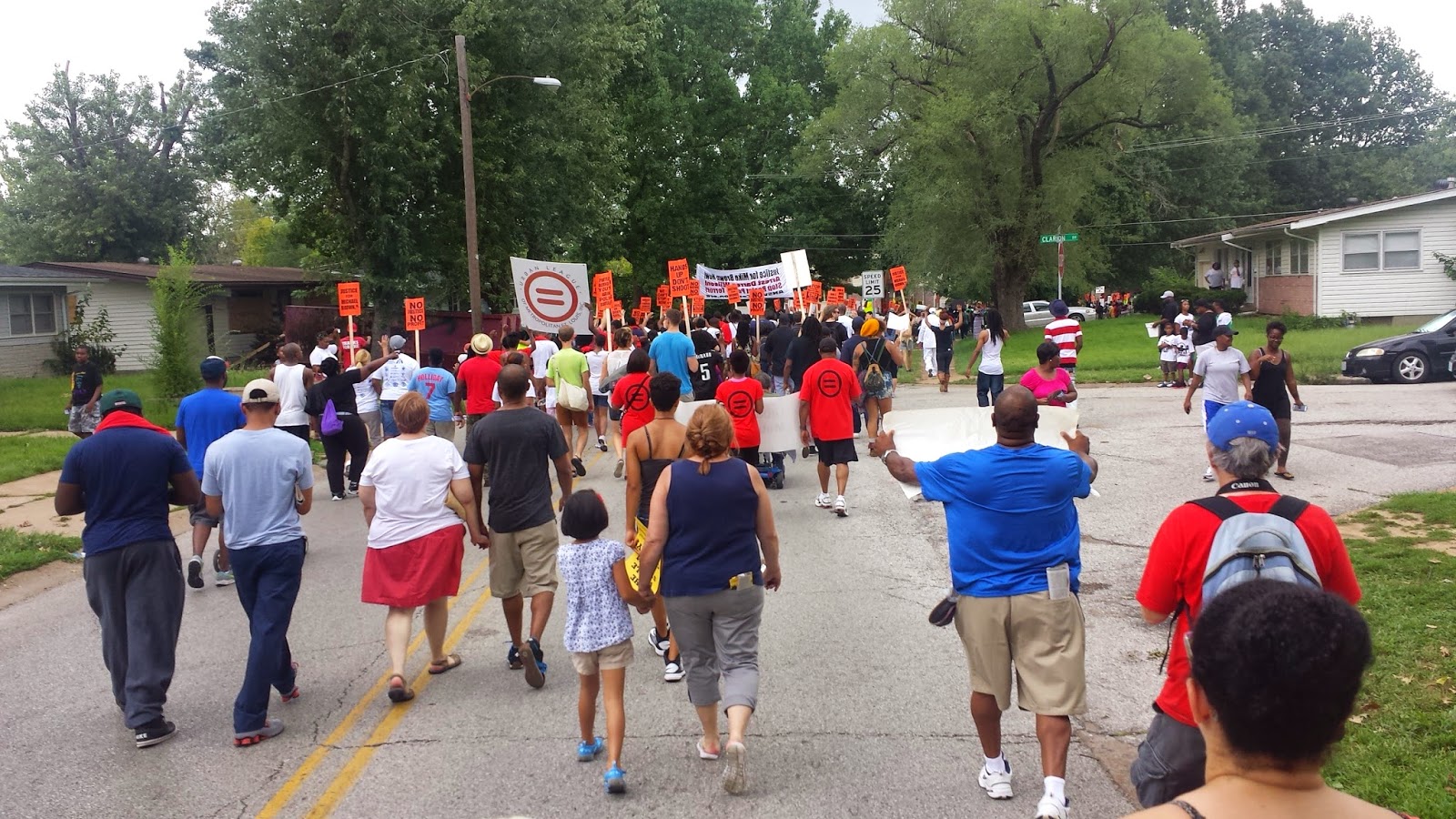 After getting to know folks in our goal area we all participated in a march with thousands of others in Ferguson. It was a truly amazing experience. The rally began right in the middle of an apartment complex and it was really clear that the majority of residents were involved. It was a real picture of what a movement built to the scale of a crisis can look like; people running out of their homes to join the march, residents in folding chairs in their driveway holding home made signs waiting for the march to pass by. 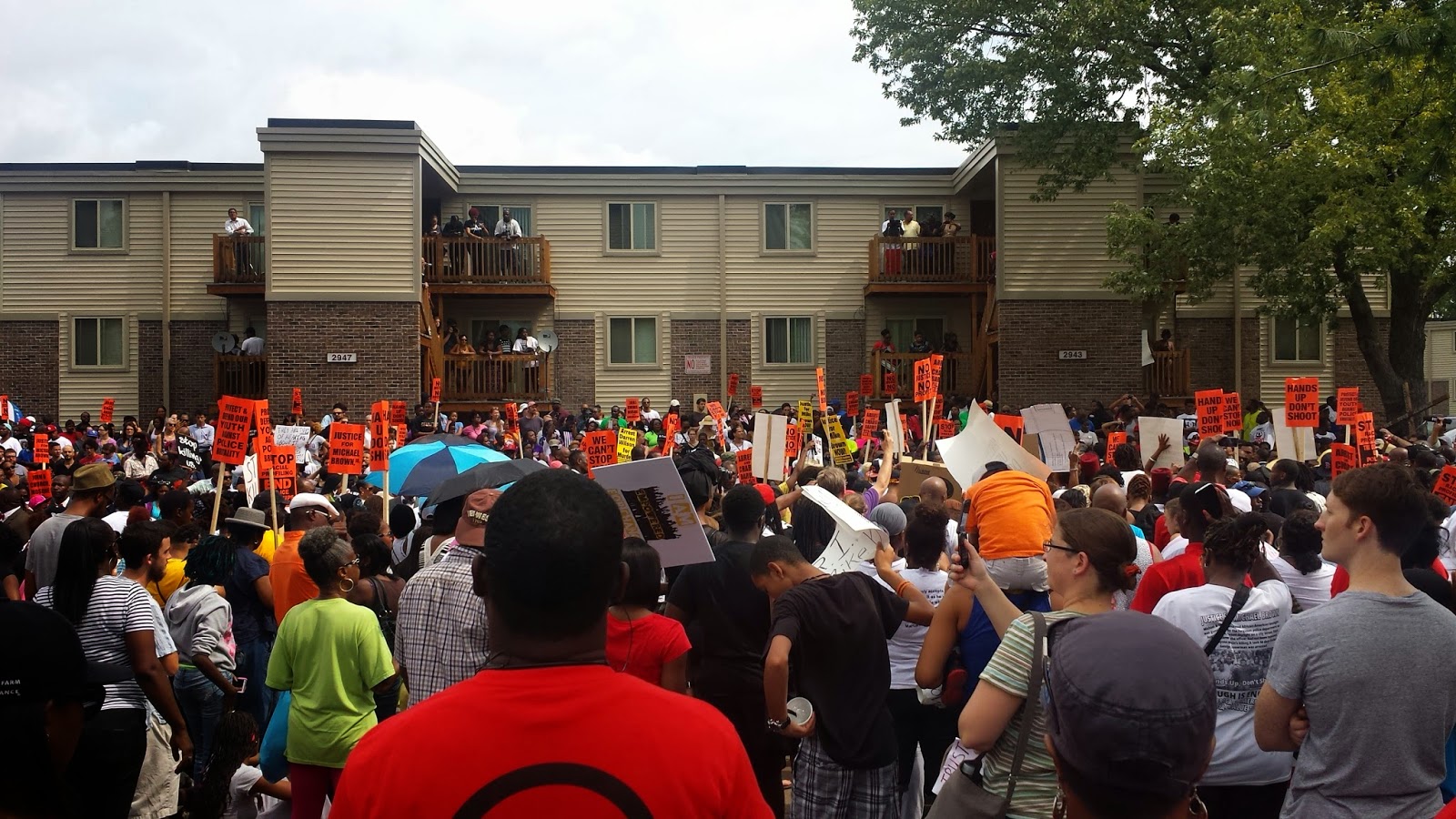 After the march many of us decided to join one of the on the ground groups MORE in an effort to canvass Bob McCulloch's (the prosecutor in charge of the Mike Brown case) in an effort to create public pressure for McCulloch to allow the case to move to a higher court as it seems clear McCulloch has no intention of holding officer Darren Wilson accountable. 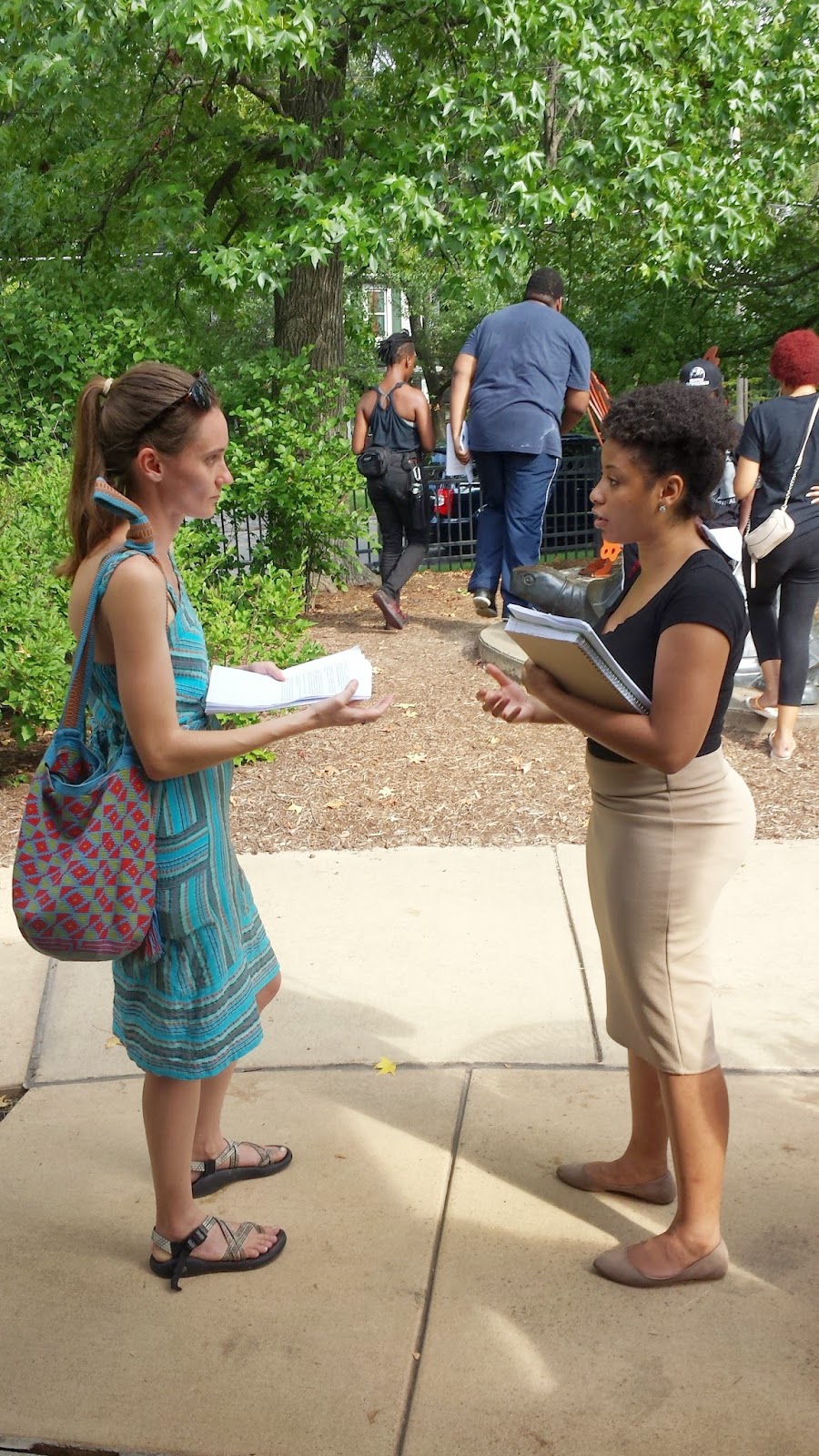 We ended our time in Ferguson with a really amazing night of spoken work, poetry, and other performances before getting some rest and beginning the long journey back to Atlanta.