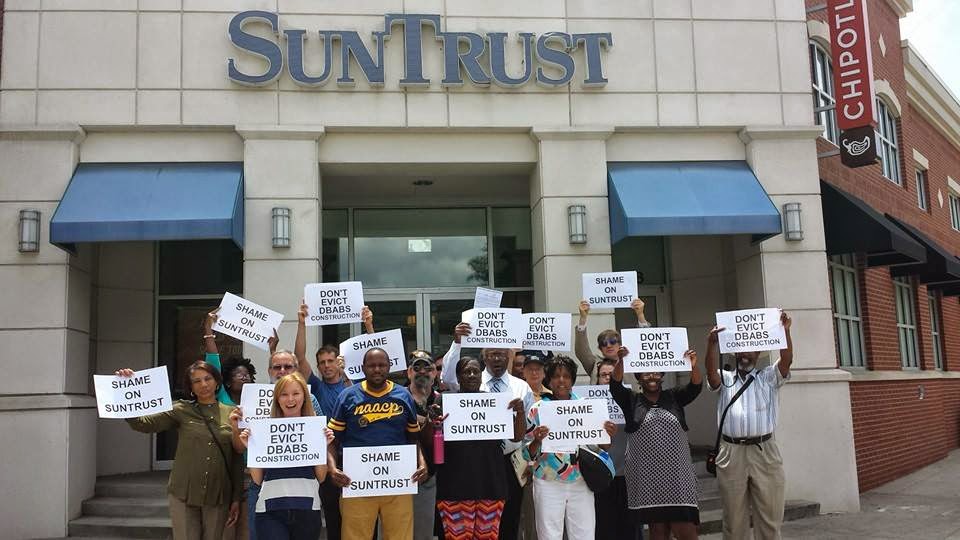 After D'BABS Construction Inc., a black-owned, woman-owned, construction company, fell behind on their business mortgage during the financial crisis caused by the big banks, they were assigned to a specific employee at SunTrust, who held the debt, to make payments to in effort to catch up and avoid foreclosure.

When that employee abruptly left SunTrust, D'BABS was left with no one to accept the special payments on their mortgage. After months of attempting to pay SunTrust, a realtor friend said they had seen the business location get auctioned off in foreclosure.

The sisters of D'BABS had no idea they had been foreclosed upon. Since finding out they have been locked in negotiations with SunTrust's aggressive attorneys. SunTrust has chased off the other tenants in D'BABS' building, and is now working to evict and destroy this local woman and minority-owned small business.

At this point Suntrust is aggressively moving to evict the small business despite multiple attempts to work out a mutually beneficial solution. With SunTrust’s unwillingness to work with the women of DBABS they have been left no other option but to paunch a public pressure campaign in a last ditch effort to keep the small business open. So far over 2k people have signed an oline petition to save the small bussiness.

D'BABS workers and  community supporters have committed to a weekly rally outside SunTrust until a solution is found.
Posted by Atlanta Economic Justice Program/AFSC at 10:35 AM