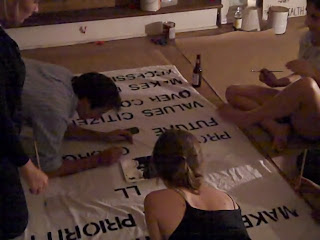 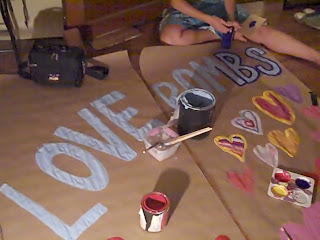 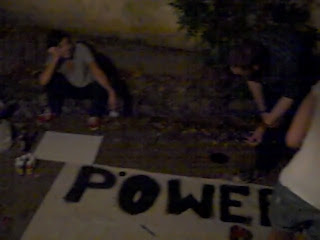 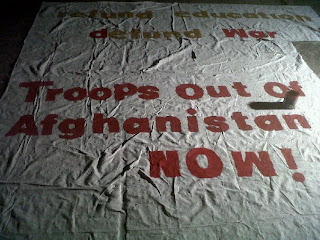 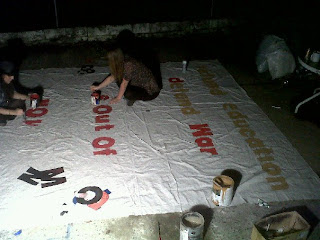 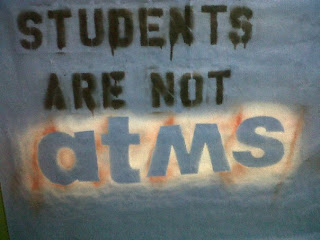 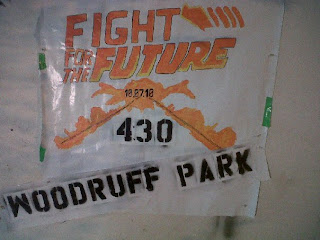 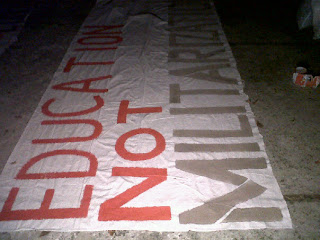 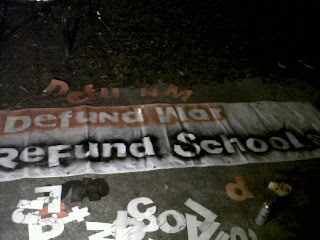 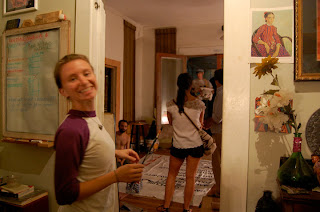 Over the past few weeks we've been working with folks to create a number of stunning images designed to bring to attention the increasing defunding of Georgia Public Education. All over Georgia, from Milledgeville to Athens, Atlanta to Savannah, Columbus to Kennesaw, communities are coming together in an effort to protect public education.

From the cuts in K-12 that have dramatically increased classroom sizes, cut important programs, and laid off much needed support staff, to the cuts in public universities which have resulted in dramatic tuition and fee increases for an already struggling student body. Georgians are resisting what some call a crisis of priorities.

Young people may not have millions of dollars to spend on a slick campaigns to win back their future(or societies future) but they do have energy, truth, and a whole lot of creativity. Look for dozens of beautiful banners, stencils, and wheatpastes that have been created to provoke thought and bring awareness to what we are losing in Georgia...our education funding, our future.

We've, of course, encouraged young people to drop banners, paint stencils, chalk, and wheatpaste in spaces that are totally legal. Though we don't condone illegal art, it should be said that we do not condemn illegal banner droppings and such, as the eyeways belong to all who look, not just all who pay.


All of this work is leading up to a nation wide day of action on October 7th, a day to defend education, a day to examine this crisis of priorities, to stand with immigrant students who are under attack everywhere including Georgia. If you are a college student, then you are likely already aware of actions planned on you campus, join them or plan your own. If you are in the Atlanta area and you want to add your voice to the choir, then come to Woodruff Park Thursday October 7th at 4:30pm. Stand with us, march with us, for the future.

It's been exciting watching different struggles unite for this cause. Anti-war groups like the Georgia Peace & Justice Coalition seeing the education budget cuts through the lens of unjust war spending. October 7th is, after all, the nine year anniversary of American longest war, Afghanistan. Joining the call for October 7th mobilization is the Georgia dreamers, who face so much more than budget cuts. Student Career Alternatives Program(SCAP) has joined the call. Members of SCAP see the attack on education as an attack on the future post high school options for low income youth, a move that only strengthens the school to military/prison pipeline. SCAP plans to unveil several banners around the city October 7th and at Woodruff Park.

More and more people of conscious are making the connections. Why does it rain money every time our government asks for money to bomb non white nations, yet when we ask for money to fund our own domestic education system we hardly get a drop? Why are we sinking so much money into policing and imprisoning our own citizens while defunding that which arms young people with the power to truly reach their potential and achieve their dreams?